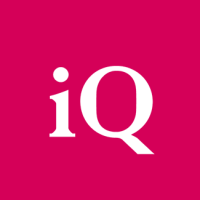 Award winning designer Charlotte Rowe has won a Gold Medal for the garden she created for the ABF the Soldiers’ charity’s first ever Show Garden, at this year’s RHS Chelsea Flower Show. The garden marks the centenary of World War One was created with the support of Bechtel and Coutts.

Light IQ collaborated with Charlotte Rowe on the lighting design scheme to dramatise walkways and key features. Soft delineation of hidden trenches, feature trees gently accentuated and the wonderful flicker of candles reflected against recessed mirrors. Torches scattered the landscape providing an emotional connection to the land, remembering the drama of past years whilst contemplating the promise of a brighter future. Very few see the lighting in all its splendor At Chelsea but the emotional responses, the excitement generated and testimonials given ensured it was worth the effort.

The aim of the Garden is to remember this conflict and reflect how the landscape of the Western Front, though changed forever, has regenerated and ‘healed.’ This is a metaphor for the effect of war on the human body and spirit and their capacity to recover. The garden is conceptual and aims to represent aspects of the landscape of the chalk downlands of the Somme where many battles were fought including:

• A grass mound which refers to the Butte de Warlencourt an ancient burial mound held for most of the War by the Germans and which came to be seen as a symbol by the allied forces of the menace of the Germans.

• A water basin which represents the many deep circular mine craters which lie all over the Western Front and which now have become peaceful havens for plants and wildlife.

• An area of mixed native and ornamental planting amongst limestone setts which represents the villages and towns which were destroyed or badly damaged during the conflict. This ‘lost gardens’ area reminds us of the private gardens of the people living in those communities.

• An excavated area below ground and a number of grass mounds which remind us of the trench and tunnel networks which ran through the area and which can still be detected today.

• A long polished concrete wall along one boundary which references the many fortifications and pillboxes still found along the Western Front. The central plinth has a long slit which reminds us of the firing and viewing platforms in the trenches.