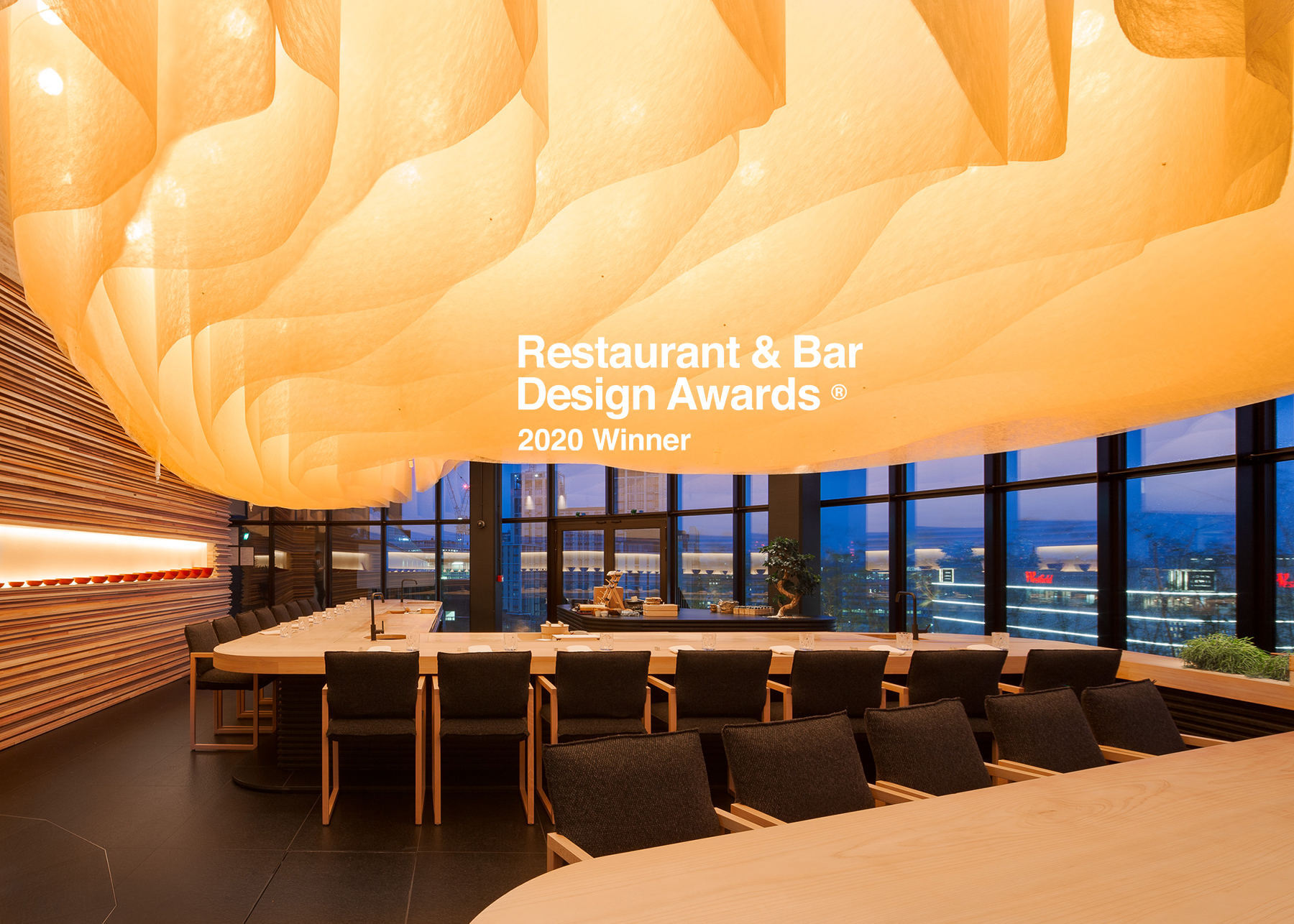 Kengo Kuma Architects have designed the interior architecture for the most beautiful sushi restaurant in London.

Endo at Rotunda was conceived as a 20-seat sushi counter - one of the smallest in London, at the top of the Helios Building (Soho House), which used to be the broadcasting headquarters of the BBC in White City.

The long and undulating Hinoki counter is the focal point in the small round room, which had to be softly illuminated and accented by a very complex and discreet system of stem mounted spotlights. These were strategically hidden within the fabric panels of the cloud-like ceiling installation, as it was desired to maintain an absolute clean ‘horizon’ under the fabric.

Each stem-mounted accent light had to have a specific location and custom rod length, to avoid protrusions below the fabric edge, which undulate and vary in height across the entire ceiling. As a result, each spotlight had to be controlled and dimmed individually, in order to balance the brightness difference which resulted from the height discrepancies between each other. Optical accessories and lenses were used to correct the differences in lighting effect on the counter.

In addition to accent lighting for the counter area, a set of 120 individually controllable custom-made pendants with white-tuneable LED sources were installed between the fabric panels as well. The intention was to gently glow the 'cloud' installation along the day and emphasise the organic shape of the structure.

Neutral white (3000K) light is activated during the day hours, which slowly changes into warmer tones (2700K in the afternoon and down to 2200K in the evening and night), mimicking the changes in the sky light, depending on the time of the visit.

The internal reflections of the 'cloud' glow onto the glass of the windows also play a key role and are part of the overall lighting effect and ambiance, meaning that we had to balance the brightness of the 'cloud' carefully to ensure the reflection was conspicuous enough to be perceived by the diners on the counter.

A special single event-only scene was created for the restaurant’s special occasions. This scene involves all the globe lighting, which progressively changes in terms of brightness and colour temperature. This transforms the fabric installation into a 'moving cloud', where light softly and gently fades from one end of the room to the other and thus recreating the sensation of light and shadow passing above the dining area, as if the diners were under a moving cloud. 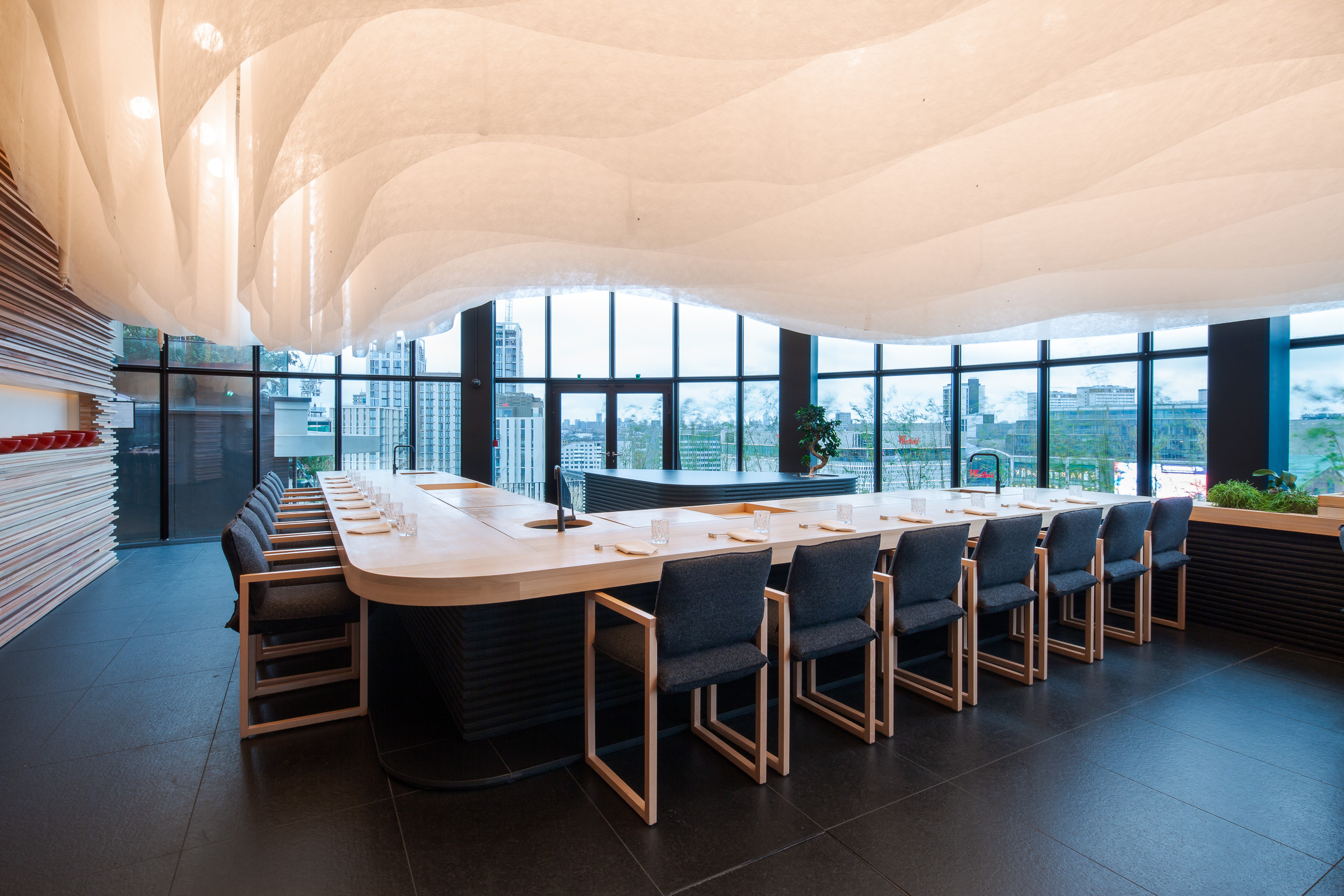 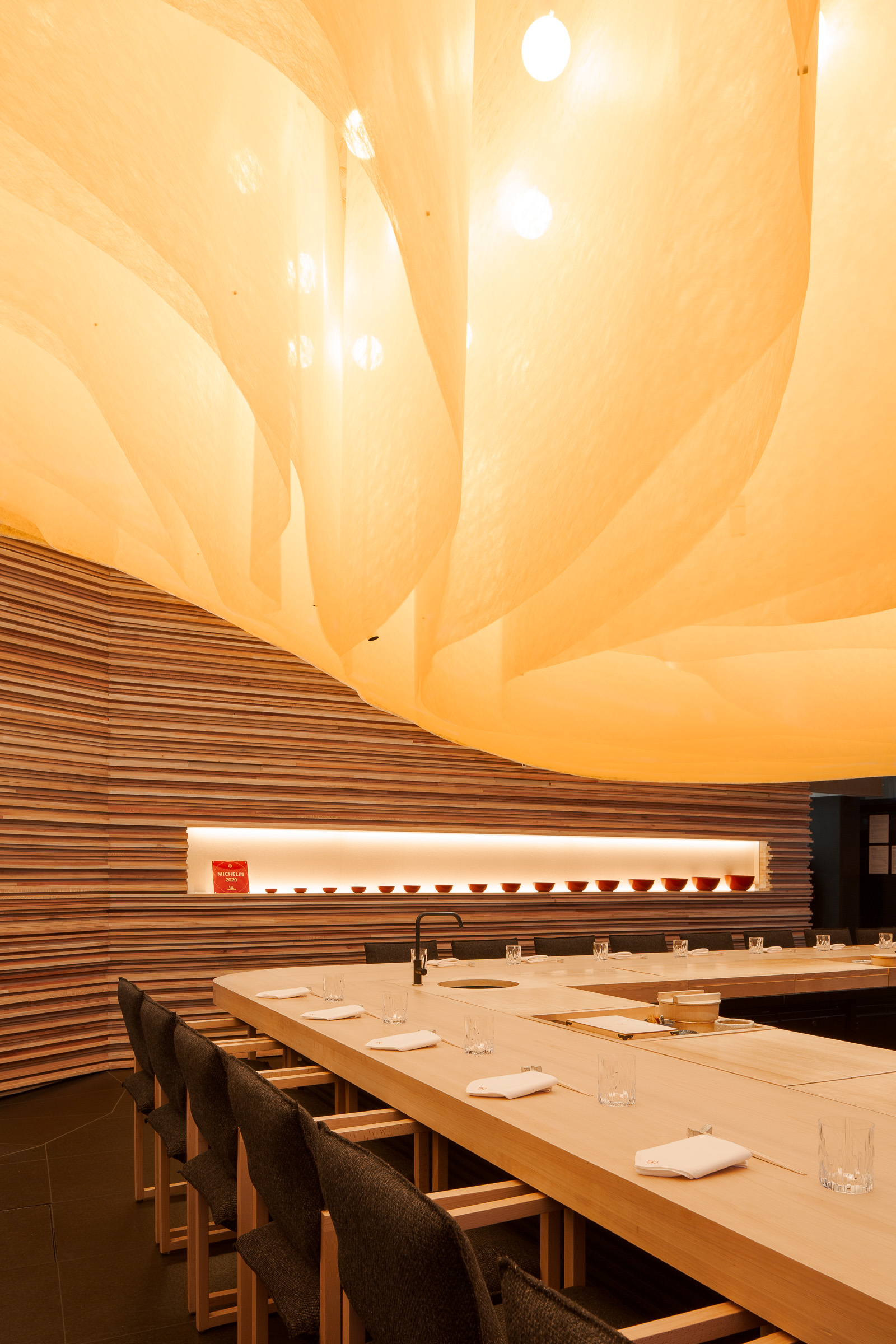 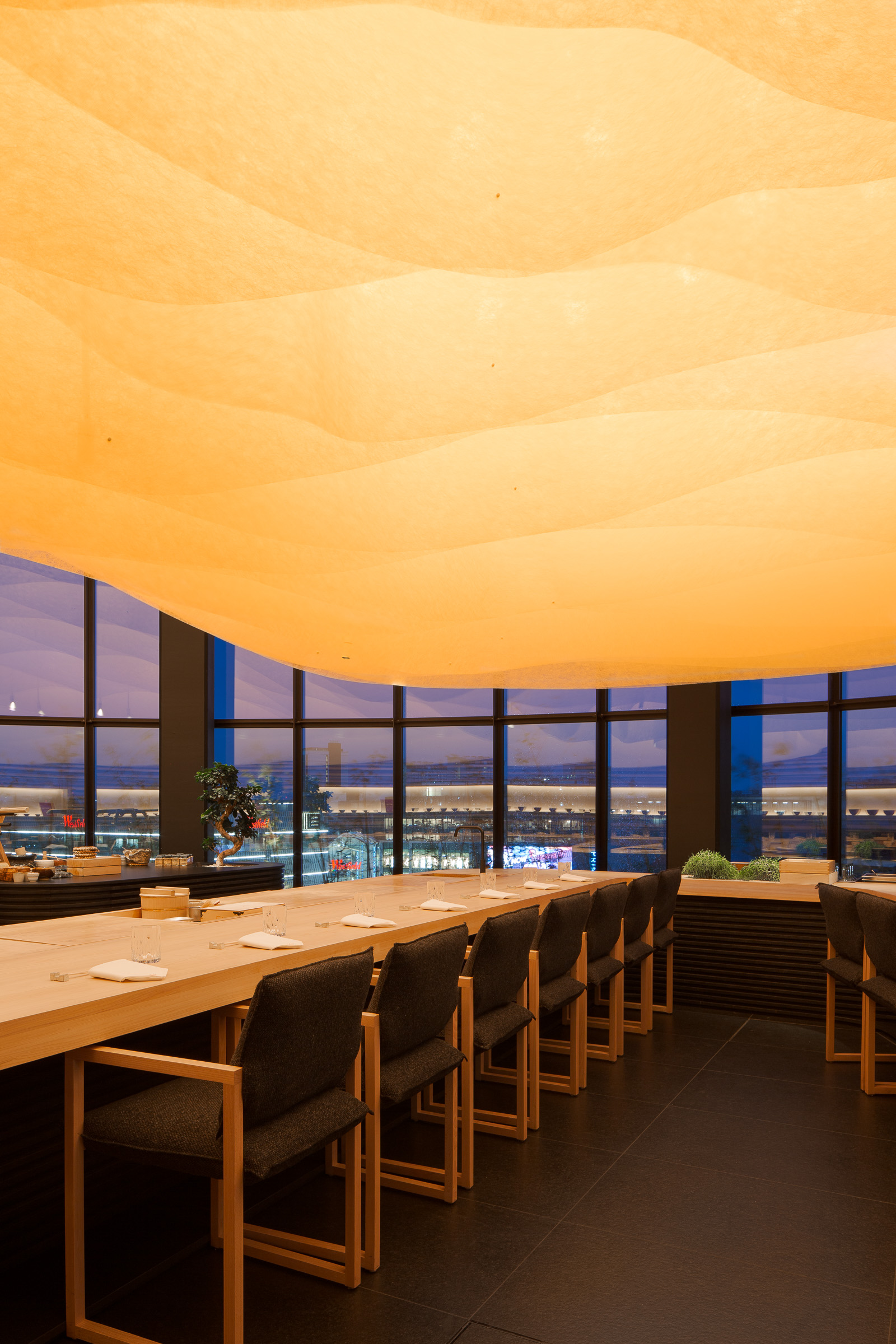 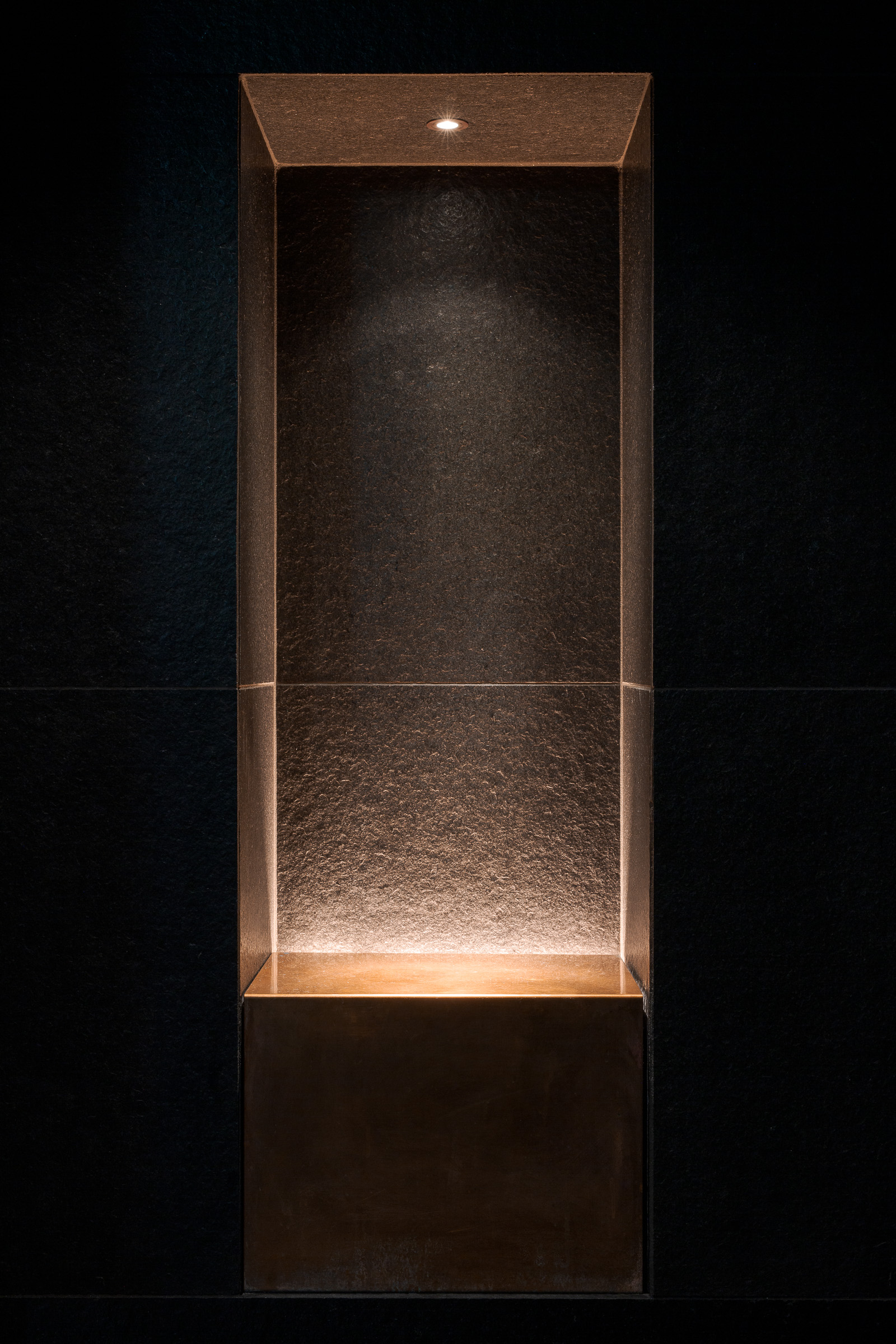 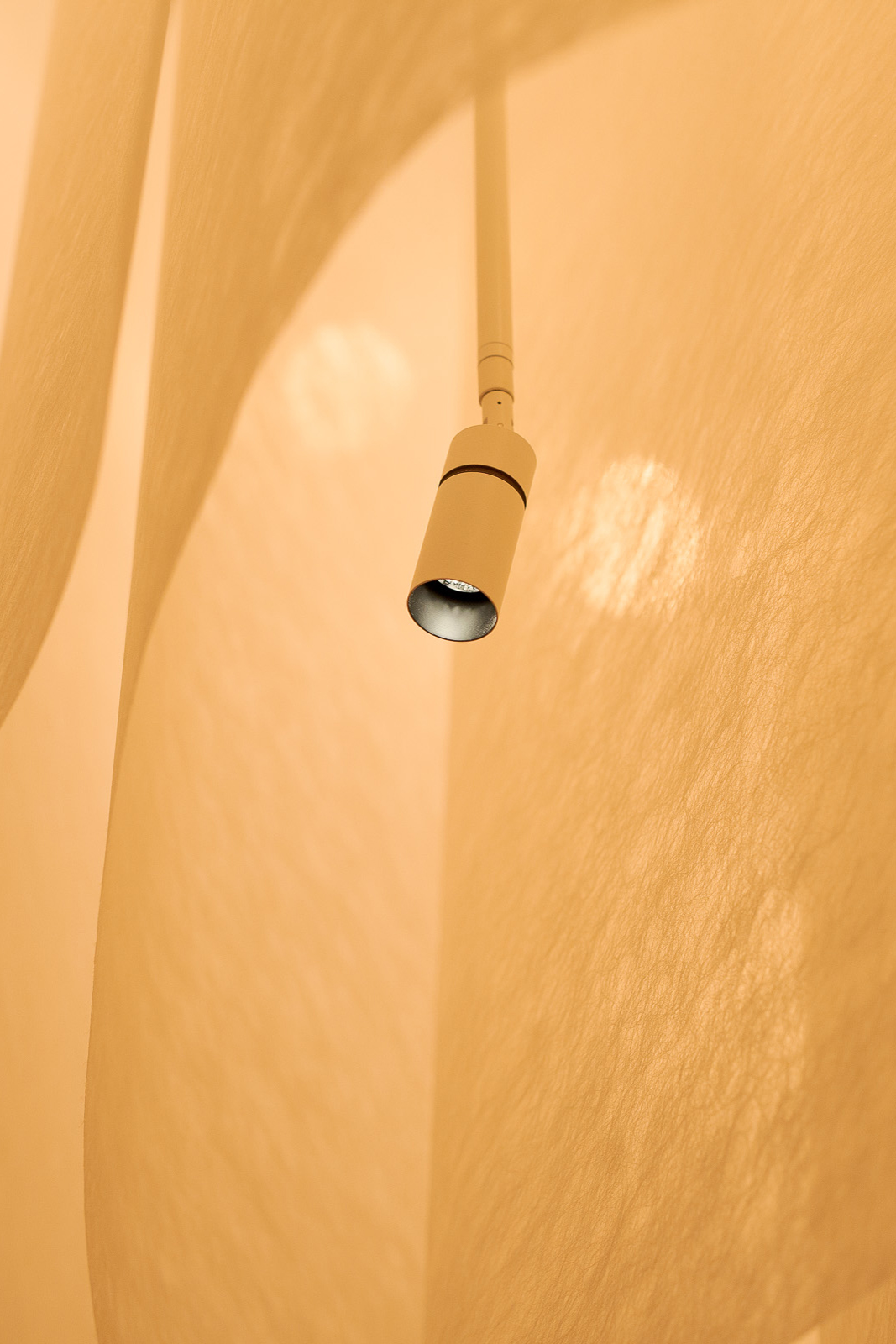 Allegra at The Stratford